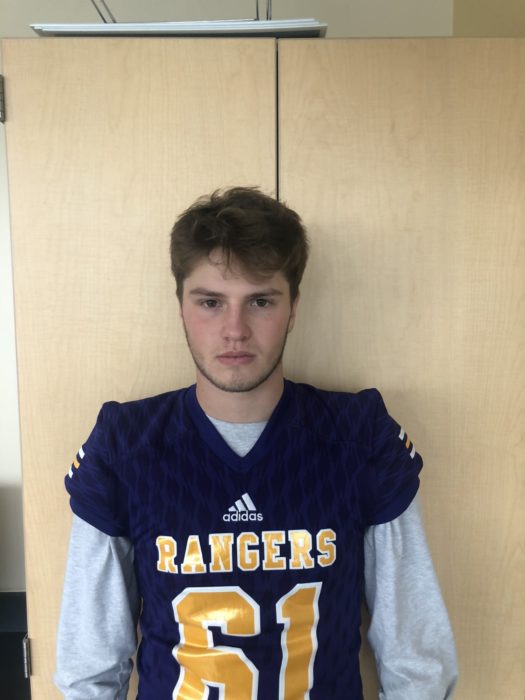 James Morrissey plays baseball and football at Lakewood High School. He has been a starter on the varsity baseball team, going on two years now. He is now a starter for the varsity football team. James has been very dedicated, and has learned quickly how to play lineman.

During the off-season, he practiced as a wide receiver, but when the team needed help, he stepped up and filled the important spot. He started his first game against Garfield Heights as a right tackle, matching up with a Division 1 football player, committed to the University of Nebraska.

Throughout the season , James has moved to Center, and played Left Tackle. Despite never playing any line in his entire career, James Morrissey is always matched up with bigger and more experienced players. He always stands his ground no matter the size, rank or, intimidation of the player.

As a baseball player, James has helped the team tremendously. Being a pitcher and an outfielder, he has played a gigantic role in the success of Lakewood Baseball. Throwing high seventies to low eighties, James has shut down many challenging teams. James has come into numerous game situations half way through, when the starting pitcher didn’t do so well, and put a stop to the other team.

Jared Naida, a teammate of James, says, ” James is a great tool for the team; he is always ready to get a job done wherever we need him. He is also a great teammate; he is always picking us up when we aren’t doing so well.”