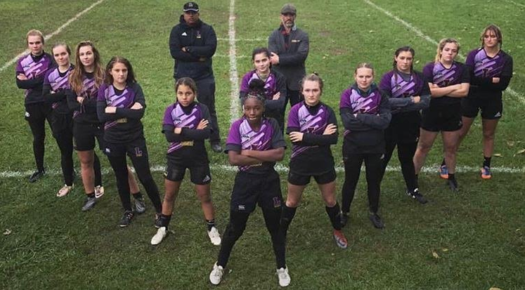 Lakewood Girls’ Rugby is a club here at Lakewood High School. Rugby is not considered a sport nor is it a sports credit here at Lakewood, but that does not stop people from playing the game they love the most.

Last season, the girls played four tournaments with two games for each tournament. The girls fought hard and never gave up even though they lost every single one of them until their very last tournament. The girls beat an undefeated  Brunswick team and tied with St. Joes. The girls were thrilled. They had a long and brutal season but did that stop them? No. The best part was, they had fun doing it! Senior Abigail Kessler said “Rugby sure did beat us down this year, but we all managed to have fun and still tried our best regardless of what our record was. I am going to miss this team and everything else. I could not have imagined a better four years than the ones I experienced.”

There are two different teams that play throughout the year. There is the 7’s and the 15’s. The 7’s team practice starts in the beginning of August and the games are every Sunday. The 7’s team consist of seven people on the field with seven minute half’s. This team is known to be a lot more conditioning and a lot more running than the 15’s team. The 15’s team, on the other hand, start practicing in December and begin their season in March. The 15’s consist of 15 people on the team and there are 35 minute half’s. The 15’s team is a more laid back environment and not as much work, according to four-year rugby player Abigail Kessler.

There is said to be positions for everyone, all shapes and sizes! According to Shyla Curley, also a fourth-year player, all five seniors last year got a rugby scholarship for college. It is a great way to meet new people and put yourself out there. If you want to have a fun time, get in shape, get a nice scholarship, and meet new people, then Rugby is the club for you!