She was a gift to me. The cute little elephant statue that sits on my kitchen windowsill. My grandmother gave her to me when I was 7. She told me if I really believed, she had magical powers. As a child, I believed that I could make a wish and the statue would make it come true, but it never worked. I named her Ellie. She was in a standing yoga position, stretching out in front of her. She looked out the window in my kitchen, that’s where she lived. Sometimes in the winer, I’d put a little santa hat on her head just to be festive.

Once I moved out, I made sure I took Ellie with me and put her in my own apartment. She added some cute charm to the place. Occasionally, when I got lonely and had no one to talk to, I’d lean over the window and talk to her. I know, it sounds silly to talk to a statue, but it brought me some comfort. Living alone wasn’t the easiest, but I had to make the most out of it. Sometimes I’d imagine her talking back to me and giving me advice or feedback. 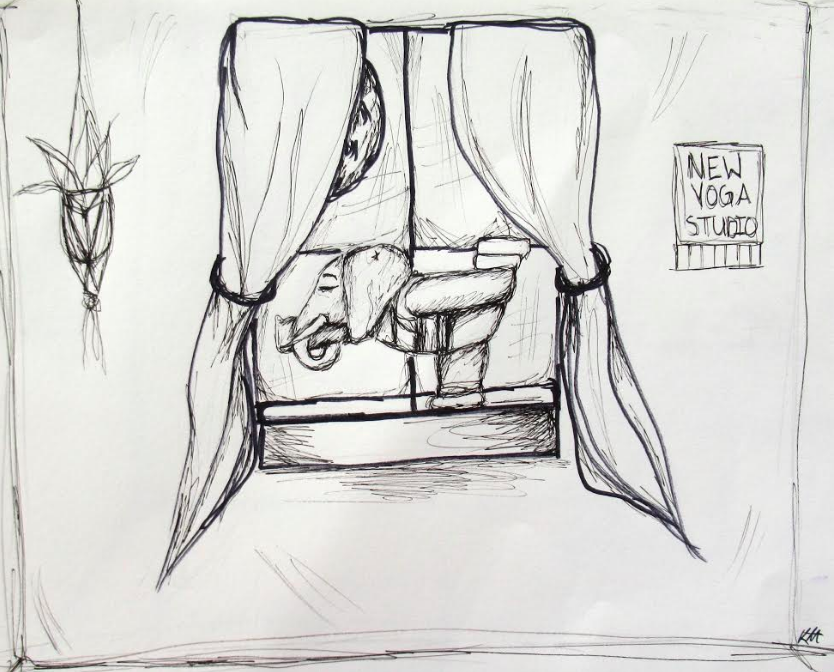 I got home relatively late this night. Work was super busy and I was stuck there two hours past close. I sat at my kitchen table and looked out the window at the moon. It was around 2 a.m., and even after working an eight hour shift, I wasn’t tired. Work stressed me out a lot, and I felt I never had a moment to myself anymore. I was stressing trying to pay my bills and pay off my student loans I owed. I didn’t even pursue a career in what I went to college for. Soon after college, I learned fashion design wasn’t for me. I never used my degree until I bought a small space a few blocks from me and opened up my own yoga studio. I was a licensed teacher by day, and a struggling server by night. Times were tough, currently, but that would be changing soon. I needed more people to come into the studio so I could quit my night job and actually do what I wanted to do.

I looked at the moon and the stars, and then at Ellie. Seeing her made me smile. She was a symbol of my grandma, whom I missed dearly. I sighed and continued to stare out the window.

“I wish I could just focus on my yoga studio,” I said, staring at the moon.

“Oh Ellie, I wish our yoga studio would boom with business, and I wouldn’t have to worry,”

I looked over at the statue, thinking something magical would happen. She glistened bright in the moonlight. The moon cast a beautiful shadow on her, making her sparkle.

I yawned and started to get ready for bed. As I laid in bed, the only thing I could think about was my yoga studio. I just really wished I could focus on that full time.

As I shut my eyes and began to dream, flashes of light flickered in my mind. I saw my yoga studio with a huge line of people out the door. The phone was ringing and people were coming in and out of sessions within. Everyone was smiling and happy, and I could see myself in this dream. I was smiling. What a surprise! Ellie was sitting on my desk in the front of the studio. She looked beautiful up there, perfectly perched. The customers loved her, they said she set the mood for the place; calm and inviting.

I was startled awake by my alarm clock. The sun was shining bright through my curtains. I took a big stretch and yawned. I felt refreshed, even though I had barely slept. I got my yoga outfit on and grabbed my mat and water bottle. I was ready for the day. For some reason, I got the instinct to bring Ellie in with me. Then, I remembered my dream. Maybe it would help! I put her in my purse and began my usual route to work. 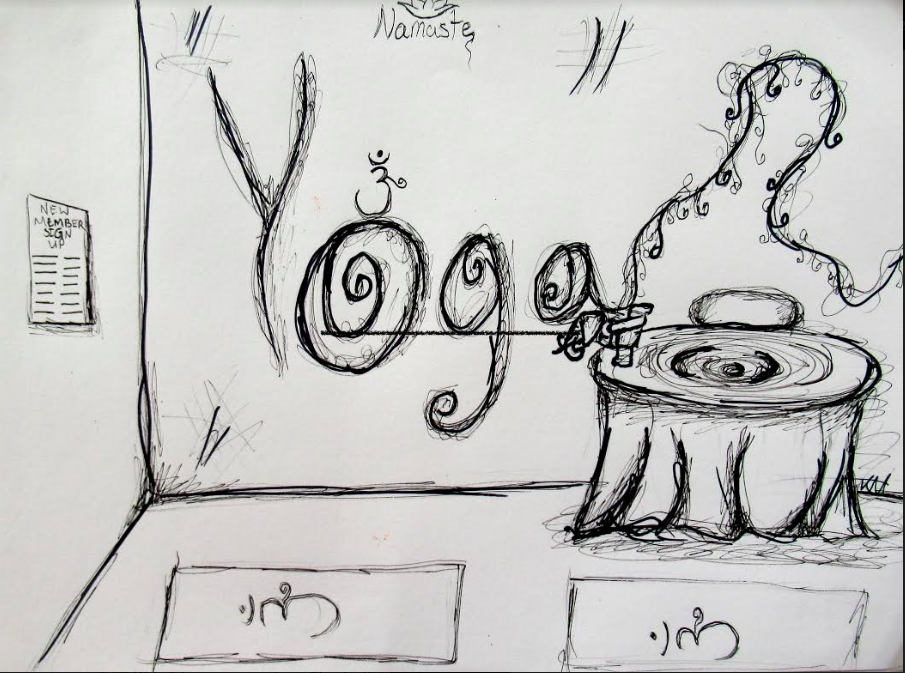 To my surprise, there was a bit of a line outside my yoga studio. This has never happened before. I rushed inside and unlocked the door to help the patiently waiting customers. I placed Ellie at the front desk, facing out the front window and looking at everyone. A lot of people were new faces coming to get new memberships, and others were my regulars who came in once or twice a week. Soon enough my whole studio was filled and people kept coming and going. My business sales must’ve been through the roof today. I looked over at Ellie and smiled, maybe she was magical after all.