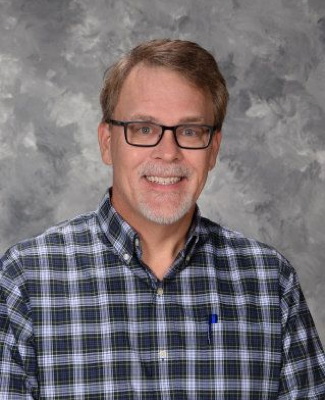 Mr. Burgess is one of Lakewood High School’s very helpful math teachers. Luckily, I was able to ask him some questions about what led him to our High School. I was curious to see what obstacles he had to face to reach his goal of becoming a teacher and the history of his career path.

In high school, Mr. Burgess worked at a small radio station. He grew up in the mountains of West Virginia, which received a lot of snow days each year. Many times while he was working, he would get the call from the Superintendent saying that school was closed the next day. He was very pleased to get on the air to let everyone know that there was “No school in Preston County tomorrow.”

When I asked Mr. Burgess about his enjoyment throughout high school he told me that “I enjoyed my junior and senior years, but I didn’t have a good freshmen or sophomore year. I developed really, really bad cystic acne… for anyone who has or had acne, and I mean bad acne, I understand.”

Mr. Burgess also worked sales and management jobs before his career change. There were parts of these jobs that he liked, but a lot he didn’t.”Not to sound corny, but I really like teaching and working with students. Dream job? No, but close for me.”

However, teaching math was not his first choice. He was not happy in his sales job. He knew he wanted to do something different. After 9/11 happened, he realized that whatever he wanted to do next needed to make a difference. So in January 2002, he enrolled in Ashland University’s teaching program. It took him two full years and he was happy his wife was supportive with his decision.

Mr. Burgess also considered teaching history. Instead he chose math because there was a greater need for math teachers at the time. He likes to teach math and does his very best to try to make it as easy to understand as possible.

It is now Mr. Burgess’s 15th year teaching at LHS. He started to teach at the age of 35, first for Horizon Science Academy in Cleveland for two years, then here in Lakewood at Lakewood City Academy for ten. His favorite part of teaching is when a student shares with him that they finally understand a concept or pass a test due to something he taught them.