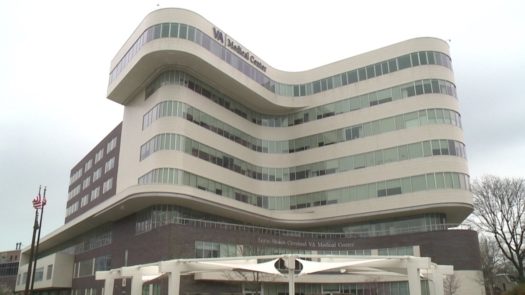 The United States Department of Veteran Affairs (VA) is required by law to provide eligible veterans hospital care and outpatient care services that are defined as “needed.” VA defines “needed” as care or service that will promote, preserve, and restore health. This includes treatment, procedures, supplies, or services.

So, as one could assume, it should be a trusted institution for veterans across the country. However, on Monday, April 29th, a veteran took his own life outside of the Cleveland VA. “The death happened outside the VA emergency room around 3 a.m., according to Melissa Bryant, chief policy officer at Iraq and Afghanistan Veterans of America,” wrote USA Today. More details are unable to be released due to the family and their privacy concerns.

Marcy Kaptur has called for a new investigation into veteran suicides, stating that at least 20 veterans commit suicide per day. She continued to convey her concern by saying, “I am heartbroken following the suicide of a veteran outside the Cleveland VA this morning…The level of pain that brings someone to suicide is fortunately unimaginable to many of us. My sincere condolences and prayers are with the veteran’s family and friends during this immensely difficult time.”

There has been an ongoing problem with how veterans are treated and the suicide rate among them, which has caused people to become angry and demand change. Local Rusty Lane and son of Navy Veteran, said that he is, “sad the men and women who have protected our country for so long are not being treated the way they deserve.”