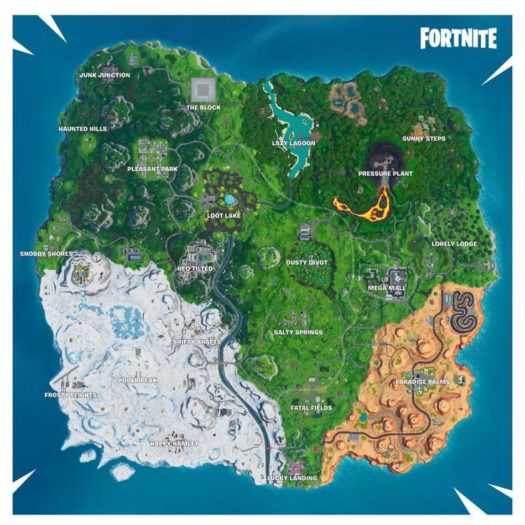 Fortnite: all the rage in today’s video game world. The game was originally released back in 2017. The online video game was designed and developed by Epic Games. In just over two years, Fortnite is about to enter its ninth season on May 9th; each season lasts about 10 weeks.

This battle royale game is supposed to have new skins and new updates to the island in the upcoming season.

Season 9 started today and both ‘Tilted towers’ and ‘Retail Row’ got new futuristic themes to them. As has become tradition for the seasonal changeover, Fortnite’s island has undergone some significant changes. Wracked by a volcanic eruption, the futuristic ‘Neo Tilted’ has risen from the ashes of much-discussed and long-standing locale ‘Tilted Towers’. The similarly neon-tinted ‘Mega Mall’ has replaced the destroyed ‘Retail Row’.

The update has also added ‘slipstreams’, giant sci-fi rings that can sling players across the map. The ‘slipstreams’ can be found by the new point of interests and around the center of the map.

The very popular pump shotgun in Fortnite has been removed! They added in a new shotgun called ‘Combat Shotgun’.

“I think this season is going to be the downfall of Fortnite,” Leo Morgan said.

Personally, I think the same. Fortnite has been dying and with the removal of the pump shotgun; people will stop playing due to lack of enjoyment.