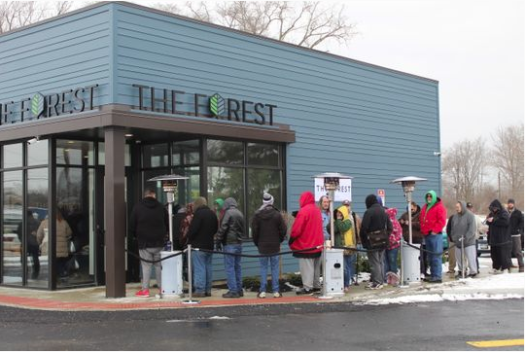 Since 2016, medical marijuana has been legal in the state of Ohio. 21 different diseases can be treated, diseases that initially had 3.5 million people of Ohio to qualify for a cannabis prescription. The most popular prognosis is chronic pain.

The business is far from flawless, and it has had its own complications. An example is the flaws in testing that led to the recalling of THC oil, taking it off the shelves of 13 dispensaries. The complications were with labeling and a batch error, the THC content of the millimeter of oil being greater than the acceptable amount of concentration (and outside the +/- 5% error labs can have in creating the concentration)

January of this year was the true kick off of this medical practice, and it was flounder. 29 businesses have been licensed to distribute, but at that time only 14 were fully ready to open and were cleared to sell. They were selling at a high price, charging about 500 dollars for an ounce of dried bud. 50 dollars got one less than 3 grams.

For context, Michigan sells medical marijuana at 150-300 dollars an ounce. And, according to anonymous sources, “3.5 grams (known as an eighth) of bud will cost you 35 on the street.” One wonders why the prices are so starkly different. There is the fact that the state government has not put in any provisions that regulate the price of a specific quantity.

However, this does not come out a sense of greed on the dispensaries part. The regulation of marijuana is of course rather high, it being purely medicinal and being legalized in a state that lives within a country where it if federally illegal to consume marijuana in any shape or form. FDA regulation is strict, ranging on pesticides and growing—this is to ensure it caters carefully to those who are sensitive to certain additives or toxins that are used to grow the plant. The businesses also get no write-offs due to the nationally illicit activity.

Ohio’s community is growing to support this change, there even being the Cleveland School of Cannabis that formed to educate students to joining the medical marijuana business. But the regulations and legislation keep the legalization behind the viewpoints of these progressive prescribers.