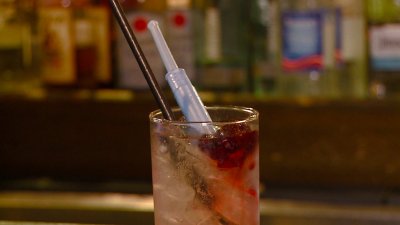 Controversy sprung up for a Lakewood bar, Yuzu, recently over their new menstrual themed cocktail. This cocktail is clear, red, and has a tampon applicator as a garnish. The goal was the raise awareness on Women’s Health and decrease the shame that is often times associated with periods. The drink is called, “Even Can’t Literally.”

What the bar was not expecting, was to face backlash.

“I’ve definitely seen offensive, crass disgusting,” said Sarah Krueger, a bartender at Yuzu. “And I’ve seen most of these posts by women, saying ‘I can’t believe you would do something like this,’ which I find a little bit disheartening almost because it seems like you are ashamed of something your body does naturally.”

The cocktail is not only meant to spread discussion and verbal awareness, but it is also charitable. One dollar from every purchase will go to The Domestic Violence and Child Advocacy Center in Cleveland. “We also decided that if someone doesn’t want the actual tampon in their drink, they can donate that tampon as well,” said Sarah Krueger.

The owner of Yuzu, Dave Bumba acknowledged the controversy during a phone interview. He said, “I agree there is controversy, but at the same time I think it’s great they have found a way to get people talking about some of the needs. So this is a small way to bring awareness to real good causes that we are behind.”

The Cuyahoga County Board of Health stopped by and instructed the bar to stop serving the drink, staff said. The health department wanted to test the applicators for possible chemicals, according to bar staff.

Yuzu decided to continue selling the margarita without the applicators, which will now just be donated.

Overall, I think this is a great way to spread awareness. Some people may think this is gross, and yes it may make you cringe, but this is something that occurs naturally for women. Why be ashamed? I love how not only is it just a funny drink to start conversation, but it also gets donated to an important cause.