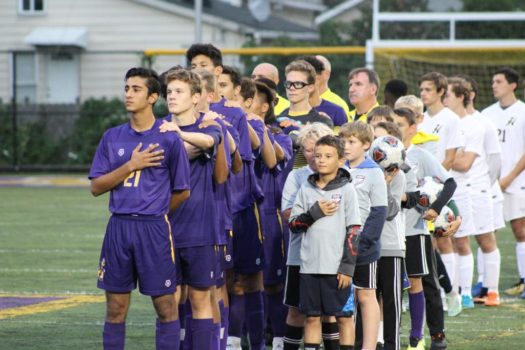 The Lakewood soccer team is going through some of the most intense practices that any high school player can go through.

The coach wants his players to be in top condition so that when it comes to Lakewood high School’s first game against eds, they start out with a win. The coach wants every other school that we play to say that it’s something they have never seen before and that they wouldn’t want to lose to any other team.

The coach said he wants the best of the best on his team. He creates his discipline through having practice at 6:30 am, before school even starts.  This makes the players have to be able to manage their time better.  The conditioning that takes place during school is always in the gym, and they use futsal to get better at what they do.

Right now, there is no conditioning for the team because the coach believes that he wants his players to focus on their grades for the last two weeks of school. If a player is lacking in his academics then he has the option of going into the workroom and getting his homework and projects done.

During the summer is when the practices for Lakewood really get difficult.  They start at 7 am and end around 9-10 am. The reason for having the practices so early is so that the players are practicing before it gets very hot.  At the end of the summer, right before the season, this team will be in the best condition they can be in.

Logan Mitchell said, “If we don’t beat Saint Eds, then I don’t know who can.”