Addison Russell is back 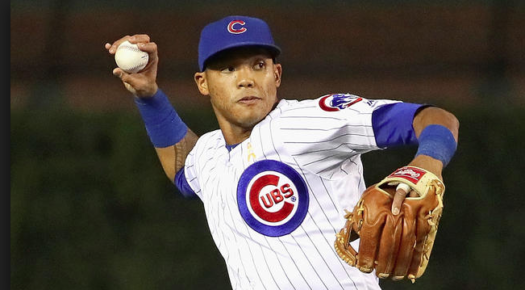 Addison Russell, Chicago Cubs short stop, has just completed a 40-game suspension for violating the MLB domestic violence report after his ex-wife accused him of physical and mental abuse.

The team says they don’t think Russell has completely changed but they do believe he has made positive strides. Being in desperate need for an infielder on a depleted roster, the team finds him to be the best option.

Russell was eligible to play may 3rd against St. louis where he was met with a mix of  applause and boos when he stepped out on third.

Sophomore Kate Healy says, “I don’t think the league should let him back in, whether they need another player or not what he did was wrong and inhuman and he should have to face his consciences just like anyone else would need to do. Our society today still has a big problem with abusive couples and more attention needs to be brought to the issue. This just really shows how people are still putting money and winning front of basic human rights.”

The President of Baseball Operations, Theo Epstein, said “Russell didn’t deserve cheers from the home crowed.” and He told reporters “I think he will receive an appropriate response and that’s something he needs to take responsibility for.”

Despite the domestic violence report, Russell hasn’t been the best at the plate. The team has recently signed David Bote to a five-year extension. He isn’t as good of an infielder as Russell, however his bat makes up for it.