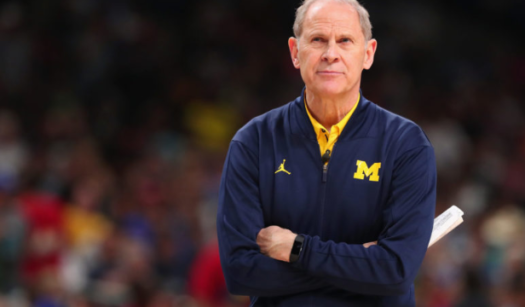 May 12, 2019, the Cleveland Cavaliers have announced their new head coach, John Beilein. Who decided to leave Michigan after 12 seasons to become part of the Cleveland Cavaliers’ family. Apparently, John Beilein has agreed to a five-year deal.  Beilein finalized the deal with the Cavaliers on Sunday and told Michigan’s administration of his decision to leave for the NBA and why he did on Monday morning.

I asked Freshman Cameron Hofer about his opinion and this is what he had to say,” I mean we have had 4 different coaches in the matter of 2 years so lets hope he brings us back to how we used to be.”

“John is one of the most accomplished and innovative basketball minds and leaders in the entire game,” Cavalier’s general manager Koby Altman said, “He has a unique ability to create an outstanding culture that will promote the development of young players and provide a solid structure to the entire program; not to mention the fact that John Beilein wins everywhere he goes. We are excited Coach Beilein is joining our organization as we continue to build the foundation that any enterprise needs to be successful and competitive year in and year out.”

Coach Beilein is considered one of the more outstanding offensive tacticians and coaches in basketball. He is a coach who has never been an assistant and climbed almost every level of basketball. Beilein has coached at high schools, junior colleges, and Division III, II and I.

This has brought him an 829-468 college record, and now Beilein takes a job in the NBA. He led Michigan to two Final Fours and four Big Ten tournament and regular-season titles during his 12-year run in Ann Arbor.

“I love the position the team is in to build and grow and this was something I felt was the perfect fit for me,” Beilein said while being interviewed. “With hard work and dedication by all of us, we will grow this team day by day and reinforce a culture of success that sustains itself with strong core values. Cleveland is a great city with amazing fans and I am really looking forward to calling Cleveland home for years to come.”

Coach Beilein will be replacing Larry Drew, who finished last season after Tyronn Lue was fired six games into the season. In the 2016 season Coach, Tyronn Lue lead Cleveland to the Finals and won for the first time in 52 years. Cleveland finished 19-63 in 2018-19.