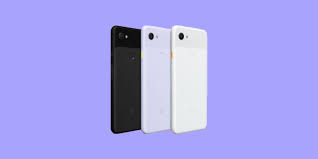 Believe it or not Google released a new phone called the Google Pixel 3a. This phone was released on March 7, 2019. The Pixal 3a has a memory of 4GB and a of storage 64GB. The Pixal 3a has no MicroSD storage and the screen size is 5.6-inches. There is a larger screen size, but you will have to pay more money for that. The resolution of this Google Pixal 3a is 2,280 x 1,080 and that is an amazing view for the human eye.

The new Google phone has a new glass that protects the screen and it is called Dragon Trail, which is made by Asahi. That’s opposed to the more commonly-used Gorilla Glass series from other phones. In addition to the cheaper build materials, the Pixel 3a water-resistance is gone, replaced by simple splash and dust resistance. That will lower the cost of the phone overall.

The Pixel 3a still comes with dual stereo speakers, though one of the speakers is bottom-firing. And there’s Active Edge, so you can still squeeze the phone to activate Google Assistant. No other phone has that and that makes it stand out. The headphone jack, missing in the Pixel flagships since the Pixel 2, has also made a return. There’s a fingerprint sensor on the back.

Senior Devon Brown said, “These phones have great concepts, but  I do not see Google beating Apple with this phone.”