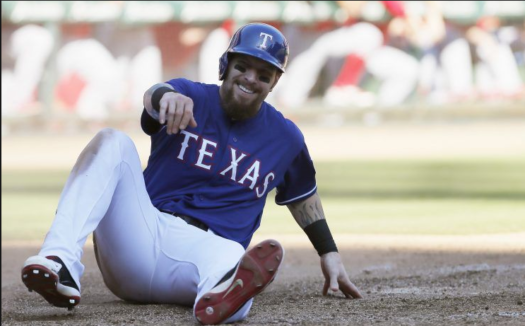 On Tuesday Josh announced on 105.3 the moment he knew his baseball career was destined to be over. He has come to the conclusion that God has reached out to him to tell him not to be afraid of beginning to head into a new direction.

He believes that baseball is the only thing he has ever really known. Deep down he slowly became aware that there may be something out there calling for him. Reaching 38-years-old he has been drafted by the Tampa Bay Rays in 1999 but never saw the field with them.

He then played for the Cincinnati Reds and the Los Angeles Angels along with the Rangers. He  successfully hit 200 career home runs, batted .290 and recorded a .865 OPS. He won the American League MVP award in 2010, clobbering 32 home runs, hitting .359 and recording a 1.044 OPS.

Sophomore Muzafar Ali says, “It’s great that you can look at yourself in serious situations like this and start to wonder where you stand in your own life. It takes a lot of courage to take a step back and figure out which path hope to find yourself following.”

Sophomore Nina Bowers added,  “I love that he is going for what he feels is right. More people need to try to achieve their true goals.”