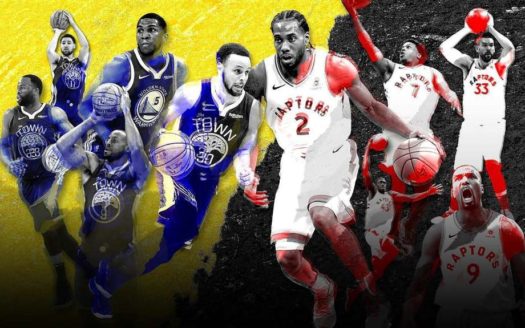 This past Saturday the Toronto Raptors and Milwaukee Bucks faced off for game 6 of the Eastern Conference Finals. The Toronto Raptors were able to make the NBA Finals in their last conference game. They won four in a row after losing the first two games to the Bucks.

The first year Kahwi Leonard joined the Toronto Raptors he lead them to the second best record in the NBA this year. The previous team was not able to make the Finals, but were able to make the Eastern Conference Finals.

The Golden State Warriors have made the NBA Finals five years in a row. They won it four out of the five times. The one time they didn’t win was when the Cleveland Cavalier’s came back from a 3-1 deficit.

The Warriors are hoping to have Kevin Durant and Demarcus Cousins back in time before it starts. Demarcus Cousins had this to say about his recovery to the Los Angeles Times, “I feel better each and every day,” Cousins said last week. “That’s my whole goal, to make sure I get better with each day that comes. Like I said, hopefully, that opportunity comes and I’m able to get on the floor and help my teammates and try to help them win a championship.”

Game one of the Finals begins Thursday May 30 and it is set to be a great matchup. Let’s hope that the Raptors can stop the reigning champions this year.