Should we start using electric cars? 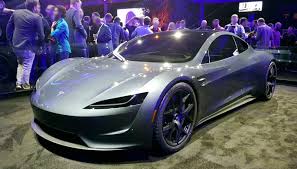 Global warming endangers our health, jeopardizes our national security, and threatens other basic human needs. Some impacts such as record high temperatures, rising seas, and severe flooding and droughts are already increasingly common.

Using electric cars or more fuel-efficient cars to stop putting so many green house gases into our atmosphere. That has been theorized to be warming up our planet.

Also another reason why it would be good to make the switch is that you no longer have to pay for gas because you can charge the car instead which would be more inconvenient but it will help our environment greatly.

A few car companies that make electric cars are

and a lot more those we just the big companies. Buying these cars somethings can be cheaper than gas-powered cars.

One day we will eventually run out of oil anyways its estimated that in 55 years we will run out and that is in most peoples life time. So why not make the switch early instead of later when it really matters. Student Will Hyatt said,” I would like to invest into an electric car when I can drive.”

The electric cars are also easier to maintain and cheaper to repair than cars that run on petroleum oil and have extra parts just for that oil that have to be repaired often. Another benefit is that the cars are much quieter than most of the other cars

On average a typical passenger vehicle emits 4.6 metric tons of Carbon Dioxide per years, that’s also assuming that the average car can drive 22 miles per gallon of fuel.