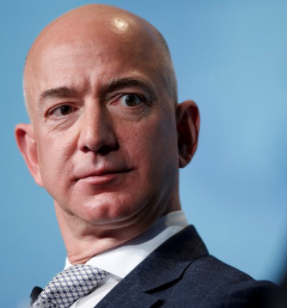 In America money and power rule over everything. The top .1% live in isolation from the rest of the world yet are able to change anything they want with it. This has split many American families whether it be through high prices of medicine or little to no financial aid for schooling.

In the late 1800’s monopolies controlled everything. Businesses would buy each other out until one controlled everything on a single market, that is until the U.S. government stepped in and made Antitrust laws which regulated aggressive marketing tactics and how much a company must pay in taxes.

Modern America is starting to look much the same as it did in the early 1800’s with many local stores being bought out by or failing to much larger companies.

This enrages some like Turner Sorge who says “Wealth does not equal labor; hard work cannot be synonymous with Wealth.”

Jeff Bezos (the head of Amazon) hopped on the big “.com” boom of the 90’s in which he was only selling books, Amazon now sells every type of item you can imagine. This made Jeff the wealthiest man in America.

Jeff Bezos wealth is estimated at 114 billion dollars and there are still 553,000 homeless people in the U.S. Jeff is one of the only billionaires in the U.S. to not sign the giving pledge which plans to liquidate assets and distribute money to charities and other plans to help the well-being of those less fortunate.

The Rockefeller family has been out of work because of how filthy rich they are and how little they are taxed compared to normal Americans. This furthers the idea that wealth and power have been held for hundreds of years. The first oil refinery the Rockefeller’s had was started in 1863 and the rest of his family has had to sit back and relax since.

So a heavier tax upon the rich could help millions of people who have little to no help while barely affecting the rich. After all the difference is really only who your parents are.