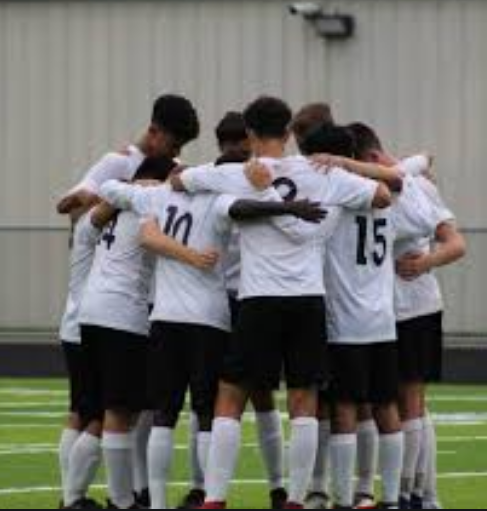 Our Soccer team’s record is now 3-3-1. The amount of practice and work these guys have put in is evident in the way they have played this year. What really makes these guys special is the amount of diversity on the team.

Junior Logan Mitchell said, “different backgrounds, different cultures — you get to get close with someone you never thought you would.”

Last season, 13 different countries were recorded to be on the team. This acceptance of different cultures brings a sense of unity to the team. It almost brings them closer in a way.

Most would think that since there are so many different races that it would cause conflict, but it actually does the opposite.

Junior Elijah Moncrief said ” It’s more than a team; we are like a brotherhood and we fight for each other every time we hit the field.”

The wins this team bring to Lakewood are mainly because of the selflessness Logan and Elijah talked about.

The coach of the soccer team, Coach Toth puts a huge impression on these guys. He pushes them to their limits physically and mentally. While doing this he is still able to connect with them on a deep level.

Junior Logan Mitchell said,”Its the hardest work I’ve ever done but in the end I know its worth it.” These guys know that Coach Toth being strict on them only makes them better. It pushes them to do things they never thought they would be able to do.

The current Lakewood record is not a winning record, but the people of Lakewood have faith in them bringing home a title.

Using their unity and hardwork, this will be no problem for these boys.