Apple Is Releasing Yet Another New iPhone 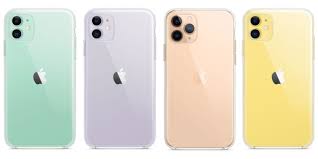 You’d think that the iPhone X was revolutionary in the cellphone world, but surprisingly Apple does not want to stop there.

On September 13th the brand new iPhone 11 will launch, landing on shelves seven days later. This device has been extremely rumored, and it seems only a few ideas still hold up in reality.

First of all, the phone will not be able to support “Apple Pencil”, an advanced Apple stylus. It also won’t support bilateral wireless charging (being able to charge other devices wirelessly —  something many companies are supporting while Apple still has problems figuring it out). To make up for a lack of this feature, an 18W fast charger will be added to the box so there’s no need to buy it separately.

Adding on to the disappointment, iPhone’s that will be able to handle 5G may not be launched until next year.

The only known official update of this phone is the camera, much like the plethora of Apple phones beforehand. The 11 comes with one, two, or even three cameras, the additional camera hiking up the already expensive price of the phone starting at $699.

The phone will also come in six colors, including green, purple, and Product(Red). Product(Red) funds go to an organization that helps fight AIDs and HIV, which, as an opinion, is very considerate and charitable for such a large company.

When asked for thoughts of the new phone, Helen Roche said “Fix your battery problem Apple; not many care about the newer phones.” Her comment is a reference to Apple affecting the battery capacity of their old phones once a new one is released, forcing some to buy the new phone with minimal differences.

All and all, Apple is trying their best to fund their business and keep their audience happy within their capabilities. Although it would be much better if they updated with important and useful features, some of their ideas are just an arm’s reach away and in time, it’ll all be a reality.