The Windians Are So Close 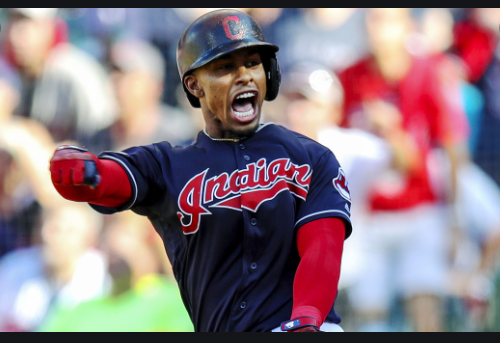 The Indians are currently 2nd in their conference next to the Minnesota Twins. It has been a rough couple of years playoff wise, but the momentum is there this year. Hopes are high and so are the expectations. Indians fans have had to live with endless amounts of disappointment in the playoffs which makes this year the most important of them all.

Head coach of the Indians, Terry Francona said “If you get eliminated, it doesn’t open the door or give you the right to just show up  and mail it in (for the rest of the season). We’ll never do that.” The entitlement of respect in a player that doesn’t work hard is not what Francona is about. The humbled hard workers are the ones that receive success because they earn every bit of it.

Francona can’t stress this message enough to these guys, they just have to realize it on their own. Recently the Indians have won their last two games including shutout against the Angels.  Doing this with Ramirez injured shows the hard work these guys are putting in. With how they have been playing recently the playoffs should be a breeze.

There has been talk about Indians shortstop, Francisco Lindor leaving the Indians next year.  On July 8th it was reported that he said “I leave that to the front office, I just play the game and have fun.” Lindor is all about playing the game it doesn’t matter what team he is on. The mentality he has is what allows a team to win games. Not worrying about who you play for or how you look, just worrying about winning.

86-61 is a very impressive record for the Indians.  Playoffs are coming up and with all the potential and hate from the past years of losing, there should not be a bit of worry in any of the players bodies.