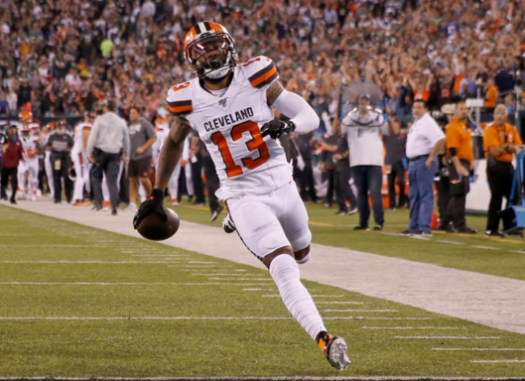 The Cleveland Browns have successfully acquired their first victory against the New York Jets, pushing their season record to one and one. But, although this was a victory, there are still some obvious issues with the team that need to be addressed. The first noticeable problem is the Browns inability to stay away from penalties. In the first game of the season, the Browns committed a whopping 18 penalties, causing them to lose 182 yards.

That is the most yards lost due to penalties by any Browns team since 1951. In Week two against the Jets, The browns committed nine penalties for 85 yards. Although this is a huge improvement, the need to get better at committing fewer penalties. In a game where they were the obvious favorites, the penalties didn’t harm them much.

But against a very talented team like the Los Angeles Rams next week, the need every yard they can get. That means to minimize the penalties. Another big problem is the Browns inconsistency on offense. In both week one and week two of the regular season, the Browns failed to piece together multiple successful drives in a row.

There were many occasions where the offense barely got anywhere on the drive. For an elite offense like the Browns, they need to be more efficient on offense. Stephan A. Smith was quoted when asked if he was impressed by the Browns, “Not at all, as far as I’m concerned the Browns had a bye week. The Jets are trash!” Stephan A. has a very good point here. I for one was expecting more domination when playing a team that low caliber.

So, the fact that they were inconsistent is worrying. But, they are a newly formed team with many new components on the team, so there are bound to be chemistry issues. But, for this season to be successful, the team needs to get these problems fixed, and fast.