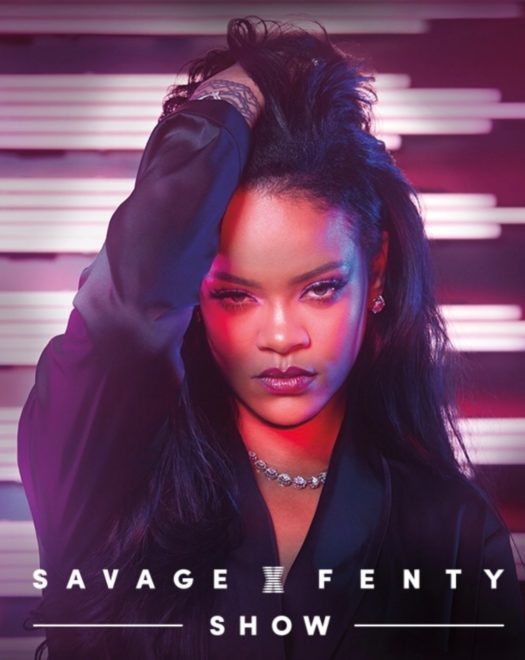 Last year, Rihanna put on a fashion show to show off her lingerie line, Savage X Fenty, that blew every other runway out of the water, thanks to truly diverse casting. But if the Fall 2018 collection was the superstar’s way of putting her sharp stiletto on Victoria’s Secret’s neck, the Fall 2019 collection will truly end them. Everyone’s phones were locked away for the duration of the show so nothing would get leaked before it aired on Amazon Prime September 20th.

Rihanna herself opened the show (because that is what you do when you are iconic). The lights dimmed, a line of beautiful models like Bella and Gigi Hadid, Slick Woods, Laverne Cox, and Joan Smalls filed onto the stage, where they climbed atop pillars and posed like goddesses. A blinding light went off but quickly disappeared, and there, standing at the center of it all, was Rihanna. She did an amazing performance, but it is Rihanna, so were we expecting anything less? There were also other amazing musical performances including Migos, DJ Khaled, Tierra Wack, Normani, Halsey, A$AP Ferg, and Big Sean.

After weeks of anticipation, fans can finally watch Rihanna’s Savage X Fenty show from New York Fashion Week. Now, some may think that this show is just about lingerie and pretty girls walking the runway but it is so much more than that. I personally think this show is about showing that everyone and anyone can wear this line, and that no matter what shape, size, or skin color you are you can look amazing and feel amazing in Fenty X Savage. Savage X Fenty is doing what Victoria Secret would never even think about doing, which is including everyone and making everyone feel beautiful.