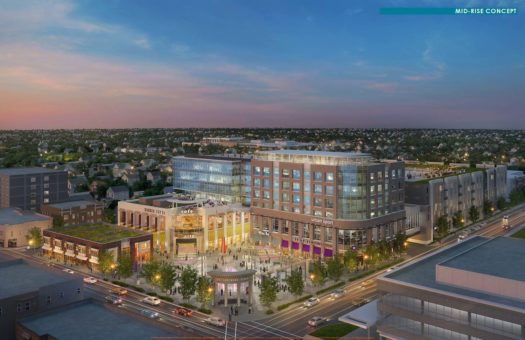 After the long-standing debate over the future of Lakewood Hospital ended with the tearing down of a Lakewood landmark, a new discussion emerged: what to do with the new space.

There were talks of a new, city-funded public recreation center as an alternative to the new gym at Lakewood High School and the local family YMCA, both which require paid memberships. However after consideration, City Council approved the plans for One Lakewood Place —  the largest private investment Lakewood has seen in over a generation.

It consists of living, retail, and office space along with a public outdoor courtyard and some other public spaces. Construction will start after the area is finally cleared an ready to go. It will be the new cultural center of Lakewood as described by the project itself.

This has left many Lakewoodites wondering, is this really the best use of this space? Lakewood is home to countless small businesses, many housed close to the new space. People also wonder if apartment complexes are a good addition to a fairly traditional housing market in Lakewood.

I think that a free public recreation center would have been a much better use of money and space for this area as it would allow all people in the city access to workout equipment, a pool, and basketball courts — all prized entities.

Do we really need more restaurants and housing in the form of upscale apartments, no we do not?

Our first priority should be to provide services to the current citizens in our community — things we don’t already offer.

It will also provide private practice medical services that are already offered in the new Cleveland Clinic building next door. Rather than focusing on more and better of everything, we need to look at what we already have as a city and instead build on our weaknesses.