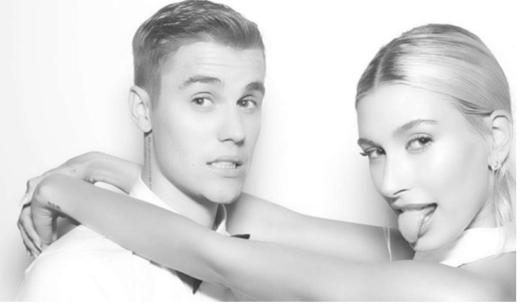 Justin Bieber who is now 25 recently got married last year to Hailey Baldwin who is 22. This past week they finally had a big wedding in South Carolina.

September 13, 2018 the couple went to a courthouse in NewYork and eloped. Everyone knew that they got married, and back in November Hailey changed her last name to Bieber.

Justin posted pictures on his Instagram of funny tuxedos asking which ones we thought he should wear. Thus hinting that their big wedding was coming up.

The wedding took place in South Carolina at the Montage Palmetto Bluff. 154 people attended their wedding including both of their families. During this event they exchanged Tiffany wedding bands and the night before they hosted a rehearsal dinner at the Moreland Landing via speedboats. According to People Magazine.

A year has already passed since they have been married, but religion is something that is very important to the both of them so they wanted to have a big celebration (wedding) to make it even more official.

It has been clear over the media that the couple is madly in love and they want to spend the rest of their lives with each other. They are sure that they will be together forever even though they are still really young.

Along with the wedding that happened this week, Justin Bieber  just announced that a new song with Dan+Shay, who were also present at their wedding, is dropping on October 4th.  The song is said to be about his wife and the wedding, called “10,000 hours.”

All in all the two are beyond happy to be spending the rest of their lives together and are planning on having a family in the future! Miabella Doerr says, ” I hope they will live happily ever after.”