The End of a Great Effort 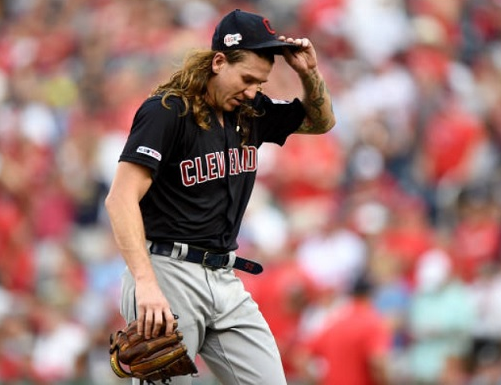 On September 29th their season had come to an end. With a final record of 93-69 the Indians were not able to make the playoffs.

In the MLB, 10 teams are able to make the playoffs–5 from each conference. Within these five of each conference, three have a spot guaranteed and two earn a wild card spot. The teams who make the wildcard spot are the ones that barely made it into the playoffs. Because of The Indians’ strong competition neither was clinched.

In an interview about the ending of a great season and how the young players performed, head coach, Terry Francona said,”Younger kids that were pushed came up and not only handled themselves professionally but, competed against men.” Their young talent pushed themselves to improve which is only setting up for success in the future.

Will the anger and momentum from the devastating end of this season allow a better performance next year? Anthony Adkins– a big fan of the Indians here in Lakewood– says” I think that since it was so close this season, they will be angry and motivated enough to dominate next season.” Talent isn’t what leads a team to victory, its heart, unity, and perseverance. If the Indians can bring these things to the table next year there should be no problem with them dominating.

Even though the Indians made a great effort this year there is still a sense of devastation inside the fans. To fulfill that sense of loss the Indians must be assiduous next year, and see a hard opponent as a challenge rather than a team that’s impossible to beat.