The World Series is upon us 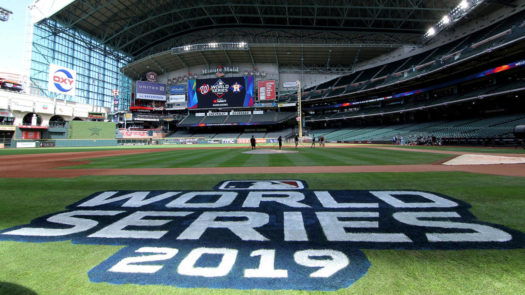 The end of the Major league baseball season is upon us, with several exciting playoff series leading up to a highly anticipated World Series match up, the pinnacle of the season. This year we have the Houston Astros facing off against the Washington Nationals. These two teams took very different paths to get here, both quite impressive.

The Astros won the world series just two years ago and they have been strong ever since. After years of being one of the worst teams in the MLB, they have surged into the baseball scene in the past 4, consistently being in contention for a title.

Nothing was different this year as they accumulated the best regular season record in the whole league and dominated almost every statistical category. In the postseason they beat the wild card winner Tampa Bay Rays in a five-game thriller series. Next, they faced off against the Yankees in a highly anticipated American League Championship Series, winning in 6 games and sending them to the World Series.

The Washington Nationals had a very different path to their position. Starting off the regular season very rough, by late May they were over 10 games under .500, and the playoffs looked impossible. However, they didn’t give up and posted the best record in the league during the second half of the year, storming their way into the wild card.

They beat the Milwaukee Brewers in an exciting winner-take-all game to start the postseason. In the NLDS, the Nationals traded off games 1-4 with the team that was thought to be best in the National League, The Los Angeles Dodgers. When the fifth game rolled around, the Nats captured the title. The most impressive series of the postseason was the league championship series in which the Nationals bested the St. Louis Cardinals in a 4 game sweep!

Both teams will look to keep the momentum going into the World Series as the Astros look to obtain their second World Series title in 3 years, while the Washington Nationals are seeking their first ever franchise title. It should be a very exciting match up.