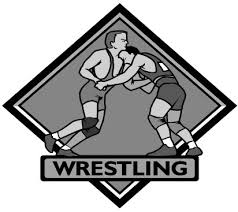 This is really exciting and something to be proud of that we are introducing this new winter sports.

Women’s wrestling is one of the fastest growing sports with more than 16,000 participants. The number has been increasing in the last 20 years. Nationwide, about 5,000 high school girls wrestled last year, according to the National Federation of State High School Associations.

Most of the girls don’t join wrestling even if they want to do it because there weren’t enough girls wrestling teams before. The legal status of girls wrestling team is not entirely clear, but courts have ruled that if there is no girls’ team for them, they should be able to join boys’ teams.

As more opportunities are coming up, girls should not back away and instead do what we want to do. This is something we all are looking for. So don’t miss this chance and try out for it because we need you.

Girl’s wrestling has grown in popularity in recent years. Many colleges across the country are starting women’s teams. There is also ton of opportunities for college scholarships. Stop at the LHS athletic office to sign up!