Maggie Rogers Fights Back Against Sexual Harassment at Own Concert 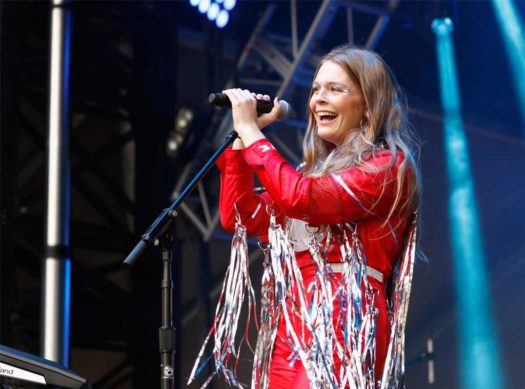 The silence needs to be broken around the matter of sexual violence; this global destruction cannot be swept under the rug anymore. Change starts with survivors having the strength to speak out at their own time of healing to inspire other survivors to not feel ashamed of their stories.

Morose to say, but all people are subjected to the matter no matter how high or low you lie on the social class.

A young American singer, songwriter, and producer, Maggie Rogers was another victim of disrespectful, tyrannic men calling out unneeded sexual remarks about her own body.

She was simply performing on her own stage at the Moody Theater in Austin, Texas when a man yells on stage, “Take your top off!” And another male in the crowd joins in saying, “You cute though.” What is the purpose? It is not a compliment; it is sexual harassment.

She responded in a tweet saying, “I was stunned. Furious. Fuming. Confused. And also — on a really basic level — it really hurt my feelings,” she continued. “I step on stage every night and give every part of me. And my community shows up every night and together, we create a safe space to amplify each other. To allow relief. To allow release. There’s a deep amount of trust there.”

LHS student Lydianna Trudel was asked about this issue.

“When learning about this I was taken back, this just shows how big of an issue sexual harassment is in our today’s society. It is not okay, and no one should have to go through that; time is up for awaited change.”

There is no place for harassment, disrespect, or degradation of any kind anywhere; it will not be tolerated anymore. This is a global issue, not only an unjust use of the power of a single person but a political issue. It is great to see people in the industry use their media exposure to voice their views on the matter and encourage innovation.

The way to take charge and put an end to sexual terrorism is by educating the people. Sometimes it takes a single person to voice their experiences or make a stand to inspire others to heal by their own needs. No one is alone.