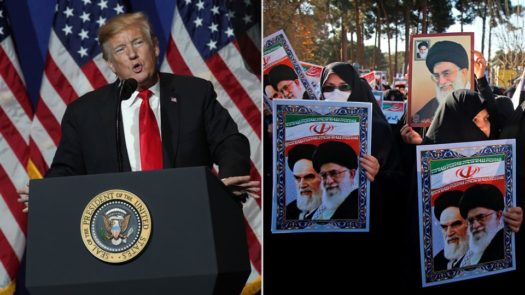 With tension growing in between nations around the world, it is important to keep nuclear weapons out of the hands of unstable and potentially hostile countries. In 2015, the US, Iran, and 5 other nations agreed to keep Uranium enrichment under 3.67%. But, last week, Iran increased Uranium enrichment to 4.5%.

This is a big slap to the face for the countries signing the agreement, and the US was very unhappy. President Donald Trump was quoted saying, “Iran better be careful because you enrich for only one reason, and I won’t tell you what the reason is, but it’s no good.” He is talking about nuclear weapons.

Uranium is the basis of a nuclear weapon. Iran insists that they are using the Uranium for non-military purposes only, but it is important to keep an eye on things. France is acting as an intermediary in this issue. On Monday, France announced that they were sending a top diplomat to Tehran, the capital of Iran, in an effort to de-escalate tensions between the US and Iran.

Still, Iran is continuing to face pressure from the US and its allies. Just last week, British forces stormed an Iranian oil tanker, due to the possibility that the tanker was carrying oil to Syria, which is a violation of European Union Sanctions. Every country is on edge, with all eyes on Iran, waiting for their next move.

“It is important to avoid a war at all costs. We have already lost enough American lives while fighting in the Middle East,” said Alex Blinky, a student at Lakewood High School. But, if the French diplomat is unable to ease tensions, will it be enough to cause another war?