Homecoming: A Film by Beyoncé 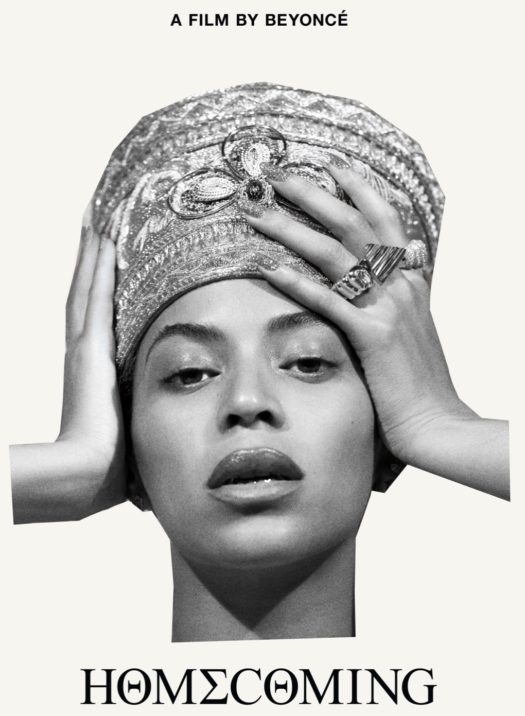 Homecoming: A Film by Beyoncé is a rare glimpse into the life of a superstar. Written, directed and produced by the singer, and shot over eight months, the Netflix project is part concert film, part documentary with a behind-the-scenes look at the two weekend performances which made her the first black woman to ever headline the Coachella Valley Music and Arts Festival.

“Beychella” (the name that was given to the festival when Beyoncé performed) took up the entire stage, complete with an orchestra picked from historically black college and university (HBCU) band members, dancers, themes related to African-American culture and her stirring rendition of the black national anthem, “Lift Every Voice and Sing”. Armoni said “the documentary was empowering and great to watch”. Though the film does not give all the nuts and bolts away, Homecoming  is a fairly thorough look at how Beychella came together.

The production process involved three cavernous sound stages, which Beyoncé  would walk between-observing the band, the dancers, and the creative staff, respectively. There is ample footage of her lecturing her creative team about the tiniest details-including, but not limited to how to properly capture audio of the dancers in the bleachers. “Until I see some of my notes applied, it doesn’t make sense for me to make more,” the perfectionist says at one point.

Filled with quotes from famed black intellectuals, as well as snippets of an audio diary in which the superstar shares how and why her Coachella performance came to be, “Homecoming” is a love letter to HBCUs (the title alone is a nod to the importance of homecomings on black campuses with its band and drumline performances, as well as sorority and fraternity events).

Now that the film is out, Beyoncé  has also released the official live-album version of her Coachella set, including brief audio of Blue Ivy covering the “black national anthem” “Lift Every Voice and Sing” (which can be seen in Homecoming) and an official cover of Frankie Beverly And Maze’s “Before I Let Go”.