‘Supernatural’ to End After 15th Season 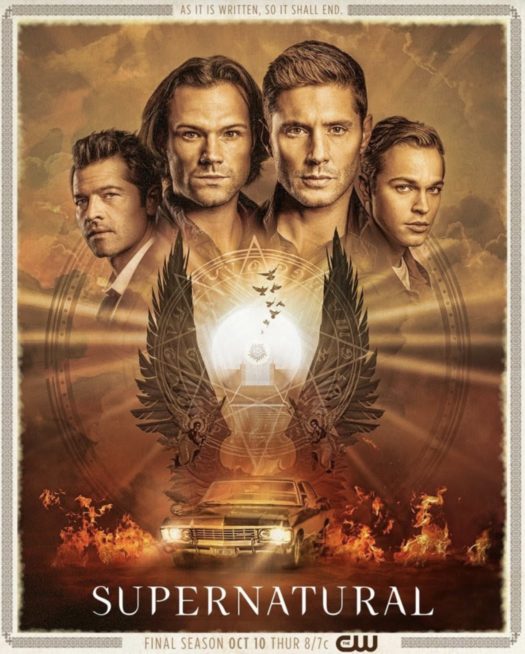 When Supernatural comes to an end next year with its fifteenth and final season, it will be because all involved thought it was time to pack up their monster-fighting weapons.

“This was a community decision. The network and the studio did not just say like, ‘Hey, guys, get outta here! You’re done,'” star Jared Padalecki said at a fan convention for the show in Las Vegas this past weekend.

“Nobody wanted to see this show fizzle out,” co-star Jensen Ackles added. “I think that it was everyone wanting to do the biggest service to the show that we could by going out strong. It was just seemed like the writing was kind of on the wall as to when that was happening. I think everybody kind of felt that it was coming soon. So it was just taking that leap of faith of going like, ‘well, guys, let’s get out the paint and paint that finish line, and hold our heads high, because what we have accomplished is unlike any other.'”

The finale season will consist of 20 episodes. Supernatural has been a cornerstone of The CW throughout its run and remains one of the most popular shows on the network. It was renewed for its 15th season back in January along with 10 other CW shows, including “Charmed” and “Riverdale”.

At the time of its series finale, the series will have aired over 320 episodes. It began airing when The CW was still The WB Network and is the lone WB series to still be on the air.