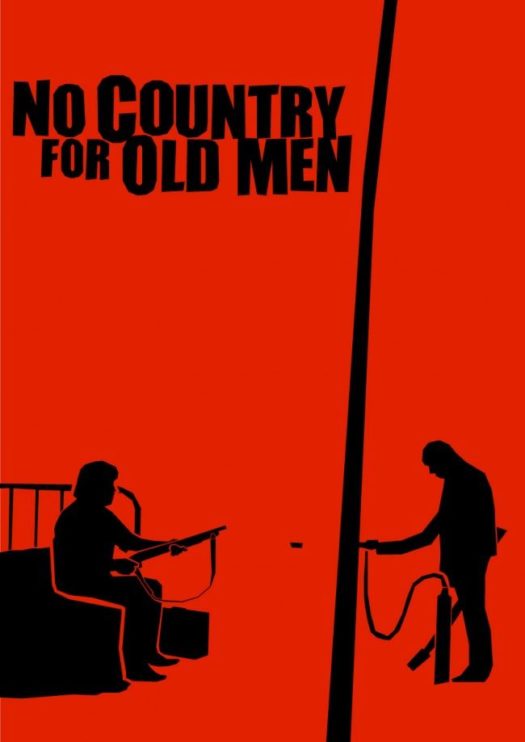 Cormac McCarthy’s No Country for Old Men is a true American classic. This is not just your average cozy up before bed, relaxing read, but an exciting array who’s-gonna-die-next tension.  No Country for Old Men has an intoxicating plot that refuses you to put it down; death and emotional connection to the characters entrance you for days of nonstop reading.

McCarthy has a unique writing style with no punctuation and quick short sentences with southern tang; he lets the characters tell the story trading perspectives in which the story is told.

He puts a strain on the importance of the setting making it a character itself; he makes the desert another immense obstacle to overcome all while being chased by death. McCarthy truly puts his characters through the wringer, although torture for them it makes an exhilarating read for the audience.

To give you a panorama of his work *WARNING SPOILERS AHEAD*:

The man leading the story is Llewelyn Moss, a Vietnam veteran who one day while out hunting he finds himself on the grounds of a drug deal gone wrong; dead bodies and millions of dollars left behind for his finding. Although he knows better, he cannot resist taking the money. The hunter becomes the hunted by a ruthless killer by the name of Chigurh trailing his every move. Meanwhile, Moss is also being tracked down by the noble lawmen, Sheriff Bell; while trying to make sense of what a mess Moss had fallen into plus trying to protect him from his inevitable assassination.

Although the book is narrated from the perspectives of various characters, the sheriff’s point of view rules over the rest; his insights are displayed in italicized passages at the beginning of each chapter. In the end, the chase for Chigurh changes Bell’s life forever, guiding him to reanalyze his life and his plans for the future.

This book is a heart-wrenching display of suffrage and evil corruption of what once was good; a true display of good vs. evil. In this case, evil won.

I asked Emma Murray, about her thoughts on the novel:

“I think all of McCarthy’s works are all literally masterpieces, but No County for Old Men is by far my favorite. It is a quick, but intense read full anxiety and mystery about what is going to happen next. Highly recommend.”

I  recommend this book to anyone that displays interest, but prepare yourself for your emotions to get pulverized.