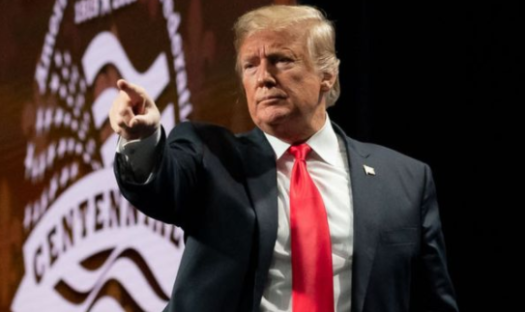 On November 14, the day after the first Impeachment hearing, Trump had tweeted another degrading tweet that he quoted from someone else. It spoke of the abilities of the average citizen in America.

The tweet said, “That hearing was about a policy dispute. Regular people watching this cannot conclude that the President of the United States can be impeached.” This was said by Robert Ray, a lawyer in New York, who felt that his opinion must be heard. If the quote was said by someone other than Trump what would be the purpose of tweeting it? To spread a message he agrees with.

Trump has posted many tweets that were targeted towards certain races, but this one was targeted at more than a race. The “regular people who are mentioned, are the citizens in the United states not involved in politics. This tweet was a very risky move because of how it rips away the people’s thoughts and voices. It is an attempt to quiet the people, and to not allow anything to be said that could jeopardize Trump’s presidency.

When Mohammed Alniserawiy, a student at Lakewood High School, was asked what he thought about this tweet he said, ” I think this tweet is going to cause major conflict because of how people are going to feel when they see that the president did something other than encourage the people.” How will the people feel when their say in what goes on in the country is ripped from them?

In 1791 the First Amendment gave people the freedom of expression. It stated that congress can’t restrict the rights of individuals to speak freely. In this situation people are trying to have a say in why Trump should be impeached. Trump and Robert Ray are prohibiting this from happening. What is next is unknown.