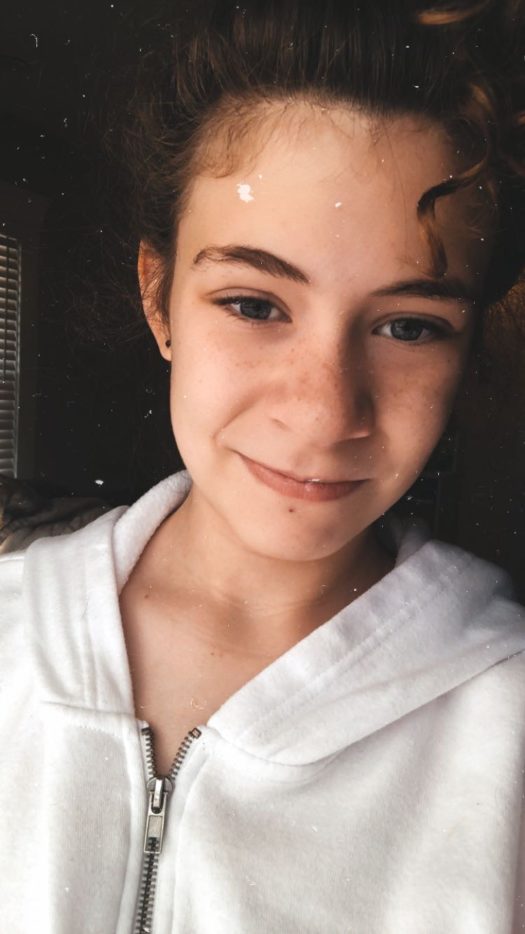 Alexandra Hodson is a freshman at Lakewood High and already she is making phenomenal progress in her education. She is involved in several school programs and is among one of the most friendly, kind, and positive people of our generation.

With a GPA of 4.26, Alex is also involved with advanced and AP classes, taking up the majority of her schedule. She surpasses most with her memorization and writing skills, all extremely superb. Notes and thoughts from teachers and students alike prove how fantastic she is as a student at LHS.

She is also involved with both drama (as an elective) and Barnstormers. Her passion for acting was introduced to her at a young age, loving movies, plays, and musicals. She hopes her future in the theater arts can be pursued and brought further along with help from her new beloved school. She is a fantastic actress who also loves to sing, an admiration brought from outside of her education.

Another one of her devotions to the arts is her love for music and, specifically, band. Her instrument of choice has changed drastically over the years, from trumpet to french horn to mellophone then French horn again. She has participated in the Lakewood Ranger Marching band, one of the most esteemed groups for our city. She’s able to memorize her music and play beautifully, all with ease.

One of the most notable things about her is how she treats her friends and the people around her. “She is a kind, friendly, and welcoming person that I’m so glad to have in my life,” Jordan “the tree” Rossen told us about her. It’s known to be a shared thought throughout all that know her.

So allow some well-deserved respect for Alex Hodson and her ambitions to make herself and the people around her the best versions they could be.