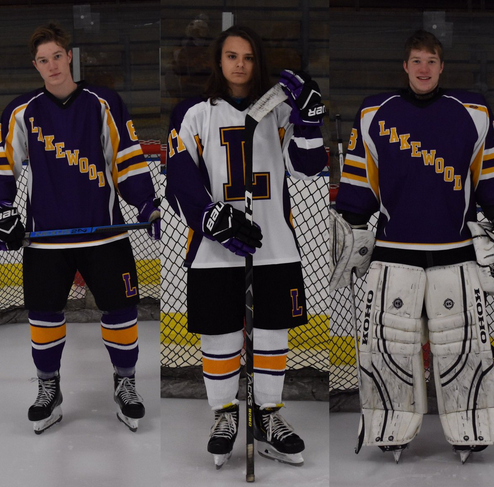 Lakewood hockey ended their preseason with a win over North Olmsted and a great way to see what is in store from the team this season.  The game ended in a 2-1 win for the Rangers, but it was quite the battle that lasted the entire game.

Both of Lakewood’s goals were scored by Will Holden and both were unassisted.  While we came out on top we took multiple penalties that put the team in a bad situation with only a one-goal lead in the first period.  The Rangers were able to kill the penalties, and only allowed North Olmsted to score one goal to tie the game minutes later.  But we fought had and Will was able to score the game-winning goal to give Lakewood the lead and ultimately the win.  This was no easy game for the team but it gave the newer players a chance to see what playing high school hockey is all about. It got them ready for the coming season.

After the game, I was able to talk to superstar Will Holden and he said, “We all played great together and got the win which is what really counts.”  He also commented on the penalties the team took and said,” We really need to cut down on the penalties.  It didn’t cost us any points tonight but it will really start to hurt us.”

This season is looking bright for the Lakewood hockey as some new additions including, Jude Johnson, Gabe Constantine, and Eli Lidu are making huge impacts on the team.  Jude and Eli add a real scoring threat, while Gabe holds down the defense allowing very few shots on goalie Rob Holden.

Looking forward to the coming weekend the Rangers will face off against Normandy for a chance to open the season with a win.  This will be a tough game for the Rangers as the two teams are very evenly matched.  Come out to support the team this weekend on Saturday at Winterhust at 7:00.