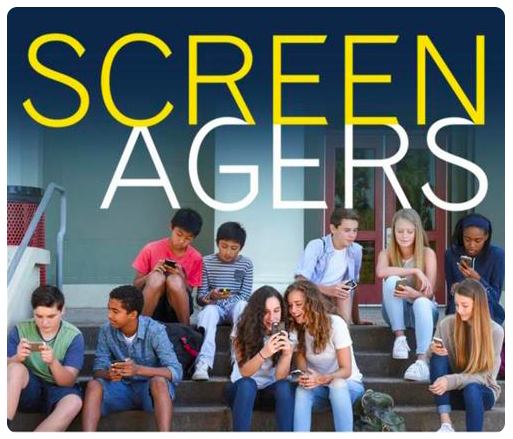 The holiday season is coming soon. Which means fall and winter break are coming soon too. There is still a lot of work to do before then, and a lot of things going on in each classroom. One big thing that everyone will be involved in is the viewing of “Screenagers.”

Next Tuesday, before fall break, all students will gather in the auditorium to watch the movie together. The film is a documentary, created and directed by Delaney Ruston, a physician and film director. The film shows her and many’s view on this tech saturated world, and the balance she believes is needed between being on the screen and off the screen.

Many parents may be concerned with the future for their kids now seeing how much technology has consumed everyone’s lives. While younger people may believe that it is just how the world is now, and like with all new things you must adapt to change. There may never be a right or wrong view but this film is definitely one view that is taken into perspective. The generational gap may be what makes this such a tough subject to address and discuss.

The making of this film is a way one generation has addressed the topic. This lets the world see parents and later generations perspective on screen time. Who knows maybe the younger generation will create a film of their view-point. To show technology is what many have grown up with, and don’t know anything different.

Teachers seem excited to show the film, and students here are wondering how the viewing will go over. Come Tuesday we shall see what effect the film has.