The Return of the Flip Phone 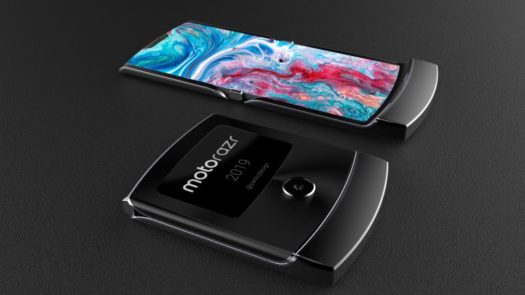 The year 2019 is coming to an end, we will be entering a new decade that will be filled with new technology and innovation of our society. Most recently new smart phones have been released just in time for Christmas. There is the brand new iPhone 11, the Android S10, even the Google Pixel 4 XL, but a new piece of cellular technology has recently come to light by a long forgotten company. The Motorola phone company will be releasing a brand new smart phone that consists of a never seen before design that you could call…a blast from the past. The Motorola Razr Flip Phone.

This new flip phone not only doubles as the nostalgic pocket-sized cell phone, but it also includes the most advanced technology held in today’s smart phones. The design consists of a folding touch screen that works on both sides. The closed front allows you to see all of your notifications, play music, and even take a picture. The camera also has a new addition of CinemaVision, Auto Smile Capture, and Shot Optimization. CinemaVision consists of a movie like film experience with wide displays for pictures, the Auto Smile Capture and Shot Optimization features use AI to automatically sense when everyone in a picture is smiling and take the shot and even recognize what type of scene you are trying to portray and recommend editing settings for the best result. Included with all of these features, the battery size is 2510 mAh, can last all day when charged with the 15W TurboPower charging that is included, and is water-resistant.

Now, with all of these new advanced picture settings, sleek, modern designs, and long-lasting battery, the phone will come at a price. The phone will retail at a full price of $1,500. If you do the math, this can be a cheaper than smartphones today, but that can still be a pretty penny for a new design of a phone our parents used to carry. I recently spoke to a friend of mine, Abigail Whittsette, how she thought the phone would turn out. “I think that the phone is a cool and funny idea, but I don’t expect people to actually buy the phone. It just seems busy.”, overall the Motorola Razr Flip phone has its pro’s and con’s, but we won’t know the worth until the public reviews of the full release in January of 2020.