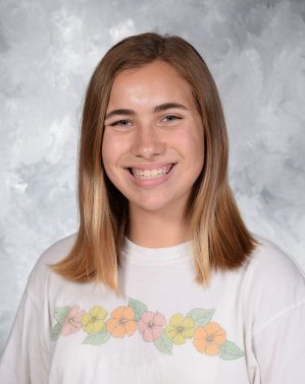 Freshman Jordan “The Tree” Rossen just finished her first season at LHS on the JV volleyball team as a starting middle blocker. She is now moving into the winter and spring seasons of softball for LHS. She is a star pitcher but also a star student, who can shine in the classroom just as well as she can on the pitcher’s mound.

Besides playing for Lakewood, Rossen plays tournament softball and has played up in age categories since she was 11 playing on the 14U team. At school, she plays the viola in the Camerata orchestra and takes advanced classes.

Rossen was interviewed about the start and the future of this year’s softball season.

She was first asked what her favorite part of being on the LHS softball team was and what she was most looking forward to this season.

“My favorite part about being on the LHS softball team is learning from the older girls on how to be a better player and teammate. I am also super excited to be playing on the team with my sister during her senior year!”

Rossen described a typical practice, which is twice a week for two hours for the winter season and two hours after school each day for the school season.

“In a typical practice, we practice catching grounders and making plays. I’ll practice my pitching. The whole team will hit and bunt. On game days, we do a bit of conditioning.”

Many athletes and others have superstitions in sports and other activities. They follow a routine as a good luck ritual. Jordan was asked about her superstitions. She responded: “I make sure to always drink an iced tea on game day. I also chew gum every time I pitch.”

Jordan certainly has a bright future in softball and has started crafting some plans for the future. “I’m excited about four more years on this team. I would love to play softball in college.”

Jordan “The Tree” Rossen is on the path to success in the softball world and is guaranteed to thrive during the rest of her high school years and her college career to come.