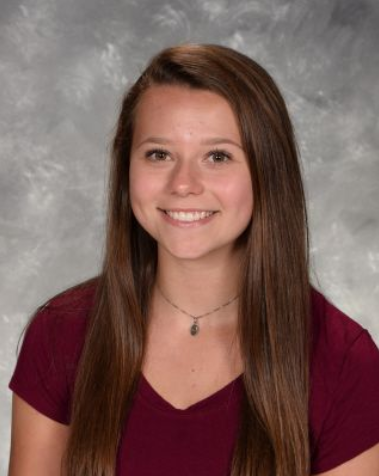 ▲
Meet the person of the week, Anna Rigdon!
Prestige

▲
Meet the person of the week, Anna Rigdon!
Prestige

Anna Rigdon is a Lakewood High School senior involved in Rangerettes, Dance Group, National Honor Society and Casey’s Kids. I sat down with the busy 17-year-old to ask her about the 2010s as we all prepare for this decade to come to a close.

What trends of the ‘10s have been your favorite?

I like the resurgence of feminism in recent years and that we are starting to become more aware about the earth. As for simpler things, I like the revamp of ‘90s and ‘70s style.

If YOU could pick the Musical Artist of the Decade, who would you choose? Which of their songs is the best of the decade?

I agree with the AMA decision to make Taylor Swift the Artist of the Decade. She has developed a lot of over the years and she was my favorite when I was younger. I feel like “Love Story” was huge and it will be a timeless classic.

What ‘10s movie will you always return to? Book?

I think my favorite movie is probably Ladybird because I like coming-of-age movies, and it was relatable and I thought the acting was very impressive. The Harry Potter books have always had a huge impact on my life, and the franchise has lasted from the ‘90s until now. I feel like it makes us all feel young at heart.

What do you think future history books will write down about the culture of the 2010s?

I feel like they’ll say we were the most connected culture to ever live, maybe too connected. They’ll say it was a time when we could voice our opinions in ways that we never could before.

What about the 2020s excites you the most?

I’m excited because I’ll be starting college in the fall. I’ll miss some of my high school memories but I’m excited for a fresh start; the start of a new decade is like turning over a new leaf and there are lots of possibilities of what the future could hold.

What will you miss most about this decade?

It was a huge period of growth, probably the biggest I’ll ever have. When I’m older I’ll miss some of those simplicities of life that I had at the beginning of the decade.