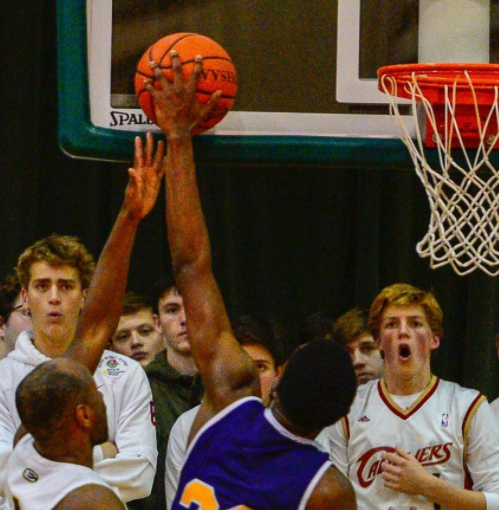 Last Saturday, Lakewood High School’s basketball team took on the St. Edward Eagles at home. It was an intriguing game that had many negative and positive outcomes.

The rangers started the game off strong with a back and forth first and second quarter. When one team scored, the other team came right back with another bucket. Although the first half consisted of a lot of buckets, it also consisted of great defense on both sides. With Lakewood’s magnificent transition defense, and St Eds’ strong on ball defense, the points scored were not easy.

By the end of the first half, the score was 19-20. St Eds was winning. You could see the fatigue starting to set in the players’ eyes. It was now a matter of who was mentally tougher and more willing to do whatever it takes to win the game. To Lakewood, this game meant much more, therefore the second half had to be their half.

By the end of the 3rd quarter, the score was 31-37. St Eds was still winning. St Eds slowly began to pull away with this six point lead, using their constant pressure and ability to hit difficult shots. By the time the fourth quarter started, St Eds had the momentum to keep their run going and eventually accomplish a lead that was too much for the Rangers to handle.

According to Omar Odat, a student at Lakewood High School, “It was a great game. Lakewood gave it all they had but the shots just weren’t falling. I wouldn’t be surprised if the coach told them how proud he was after the game.”

After the game Lakewood ended up with a loss, but they learned more about who they are as players. They learned that in the face of  tough challenge, they have the ability to at the very least, make the opponent remember that they played the Rangers.