Artist of the Decade 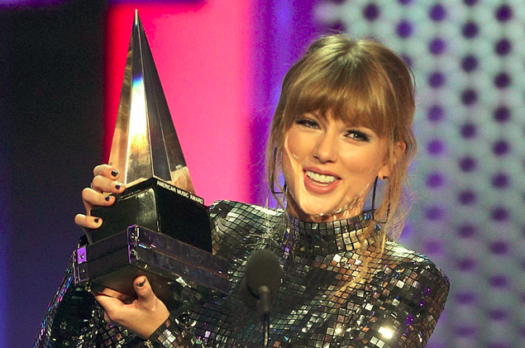 ▲
Taylor Swift doing what she does best.

▲
Taylor Swift doing what she does best.

The decade is ending soon, and there is a lot to look back upon. Especially for artist Taylor Swift. She has done so much with her career, and even outside of her career that the world would be blind not to notice. Therefore on November 24th, 2019 the AMA’s named Taylor Artist of the decade.

As she gave her accepting speech she was at a loss of words. She began to recognize the artist giving her the award, Carole King. Taylor said,”When I fell in love with music, it was right around when I realized how marvelous it was an artist could transcend so many different phases and changes in people’s lives. You taught me that’s a possibility.”

Carole was touched, as were many of the people watching. Taylor ended the speech with thanking her fans and supporters for giving her something that lasts, and wishing for all of the good times to continue.

Leading up to this speech was a countless number of awards and nominations that she pushed for.  She now holds the record for most American Music Awards won. The number is an astounding 29, passing Michael Jackson who previously had 24 American Music Award wins.

All in all Taylor really has achieved some of her “Wildest Dreams” and is now celebrating with not only her Artist of the Decade award, but with her Birthday this week on December 13th.  Many fans are looking forward to what there is to come for her. Including freshman Maddie Kratz sharing,” She has always been a favorite of mine, I am glad she got this win.”

Maybe the next decade she will have even more to share. Congratulations to artist Taylor Swift.