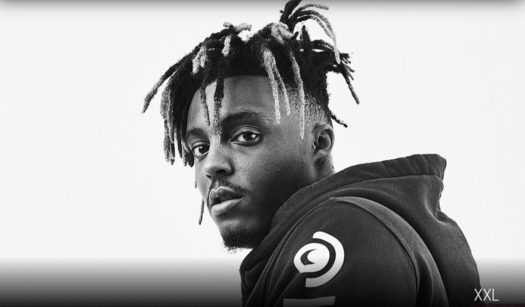 While growing up in the Chicago suburbs, Jarad Higgins would freestyle rap through his school hallways. As a teenager, he began recording as Juice WRLD (a nod to the 1992 film starring 2 Pac) and set his eyes on stardom.

“My biggest fear is not getting to the point I want to,” he told Apple Music in the documentary accompanying his 2018 Up Next campaign, “but that is also my biggest strength.”

His distinctive, genre-blending take on emo rap auto-tuned vocals, hints of pop punk, and beats inspired by Chief Keef and Chicago drill- shines on the breakthrough singles “Lucid Dreams” and “All Girls Are The Same”, which plumbed grief and regret and heartbreak with alarming honesty. Just five months after his star-making debut project, Goodbye and Good Riddance, he released a full length collaboration with Future that felt like a euphoric, decadent victory lap.

His second full length solo project, “Death Race for Love”, released in March 2019, continued to mine personal pain for maximum drama, while collaborations with BTS and Ellie Goulding exhibited his range

Unfortunately Juice WRLD passed away in Chicago on December 8th 2019 at the age of 21. He died after a private flight from L.A. to Chicago Sunday. Law enforcement sources say the rapper swallowed several Percocet pills upon landing when he learned federal agents were going to search the plane.

Juice WRLD’s mom, Carmella Wallace, says in an interview with TMZ, “We loved Jarad with all of our hearts and cannot believe our time with him has been cut short. As he often addressed in his music and to his fans, Jarad battled with prescription drug dependency”.

Juice rapped about drugs often, something his family says was not to promote drug use… but instead to help those battling addiction who may have felt alone in their fight to let them know he knows what it is like and they are not alone.