These Scooters Have a Flaw 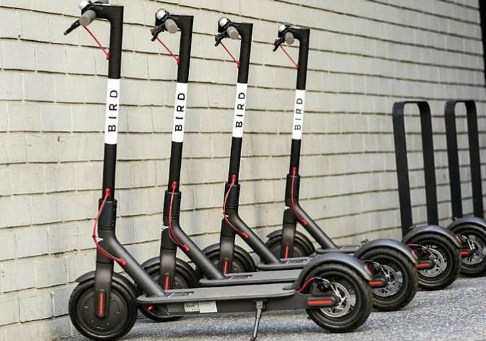 In downtown Cleveland, many people like to ride the scooters that are available for rent. Whether its to the Indians game or the Browns game, these scooters seem like an easy way to get around town without having to walk or drive though traffic. Even though they might seem convenient, there are actually some flaws that will keep you from getting where you want to go.

According to Cleveland.com, These scooters are programmed to shutoff blocks away from stadiums and venues. When trying to get somewhere such as a game, the last thing anyone would want to happen is for their source of transportation to leave them somewhere where they will have to walk the rest of the way. What seems like such a convenience, could actually just be impairing your ability to get to the games.

Michael Hamdan, a student at Lakewood High School, said,”When I was a kid I had an electric scooter and it was awesome, at least until it died. When it died, it would immediately stop and you would have to walk it back home.” Michael was just like all the other innocent people downtown. Just trying to get somewhere with a scooter, when it might not actually be as beneficial.

Downtown Cleveland offers bikes for rent that are guaranteed to not break down. Some work will be needed to pedal the bike, but, at least you will know it wont break down.  Using these bikes instead of the scooters will give you a workout while also getting to the place you want.

It’s understandable that a scooter can look like a good time, but we must fight the urge. If you would rather get somewhere on time, rather than have a little fun and be late, there are many other options for you, rather than these flawed scooters.