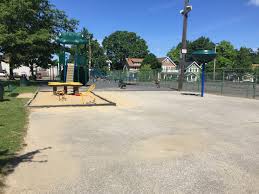 Wagar Park, located between Rosewood and Orchard Grove avenues, is being rebuilt soon. Because they will not need the old equipment, they are allowing residents the opportunity to get the equipment through and auction.

Bids are being taken currently and are going through December 17, 2019. The pieces currently included in the auction are a set of swings, the alligator slide, the cable climber, and the sandbox equipment. Residents are more than welcome to do what they want with it.

An auction like this has been done before by Lakewood at Kids Cove about three or four years ago. It was successful, so this one will probably be. What child wouldn’t want a playground in their backyard?

The rebuild of Wagar will being in the winter and spring. The demolition of tennis courts and the equipment will probably start in February or March.

The reconstruction will be a new fenced in play area with new playground equipment, walking trails, a picnic shelter, half court basketball court, and a play field.

This project was announced before, and there is one thing removed already. However, they are still behind on it. It is a one million dollar project, and three hundred thousand of that is being funded by the Ohio Department of Natural Resources.

“I personally know people who would want to participate in the auction. I am also excited to see what the new park will look like,” says Tori Klepsky.