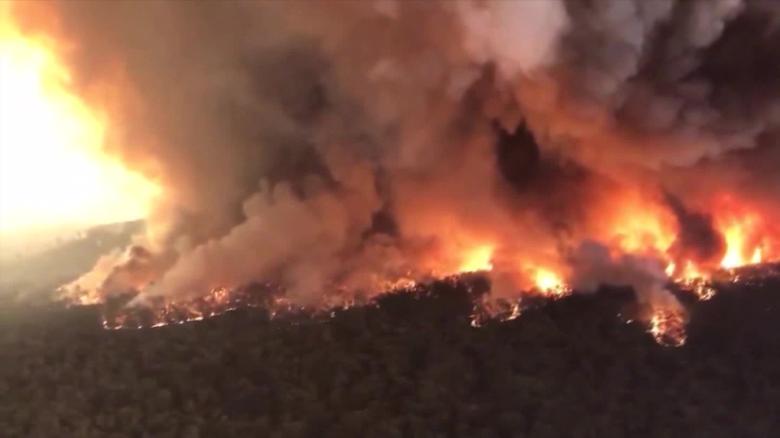 As the start of the new decade kicks off, there have already been history- making events. One big thing that the world is dealing with right now are the massive wild fires destroying Australia.

Right now the continent is up in flames.

Australia’s Kangaroo Island is also being affected by the fires. It is said to be that one third of the island is up in flames. The island contains lots of wildlife that is being killed by this tragedy.

This island contains koalas. According to CBS News, “25,000 of the koalas are dead.” That is half of the wildlife on that island and one billion animals have died. But the fires are also killing the food that the other animals eat which will cause starvation to the ones who are not killed by the fires.

The fire started by lighting. The heat coming from the fire is resulting in little rain, but there is still lightning that has the power to cause new fires. So far it has killed 25 people. Human climate change is what has made this year extremely bad.

Last year was Australia’s record breaking most dry and hot year. From the human climate change, it has added fuel and toxins in the air. It has also decreased the amount of precipitation. Australia has certain months where fires are common, but it has never been this intense.

There are many different websites where you can donate money that will help the cause. You just have to be sure it is real before you donate anything. Many wildlife organizations are working to rescue the hurt and endangered animals.

Being aware of what is going on will also make a difference. Being aware that humans are harming the climate, and by making differences in the environment will still make a huge difference. This should show that climate change is real and if we don’t change certain habits, we will destroy our home.

A student at Lakewood High School, Miabella Doerr, says, “It is heartbreaking to watch the animals lose their homes and hopefully changes will be made in the way we treat our environment.”