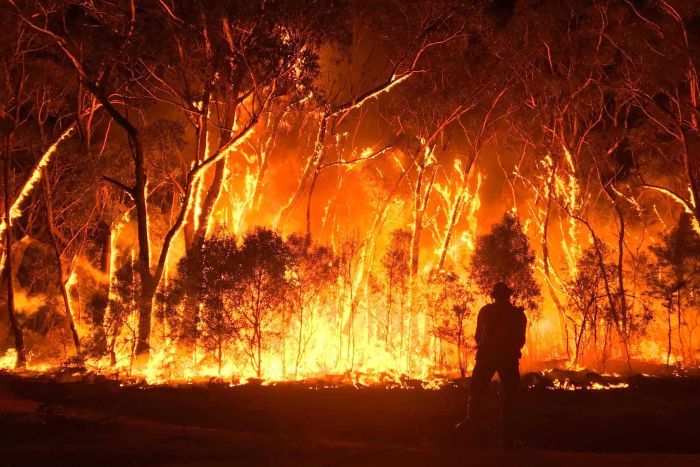 Climate Change is a devastating issue that many world leaders are not doing enough about. Australia is engulfed in flames and the hotter drier climate only makes bush fires more frequent and more intense. When the issue of Climate Change was brought up to Prime Minister Scott Morrison he deflected the question which is just a lazy way of ignoring a serious threat to our planet.

I feel as if we are not doing any where near enough to help fight climate change especially when the U.S had the second highest greenhouse gas emissions in 2019 right behind China. We are contributing to our own down fall and slowly causing irreparable damage to our earth. It makes no sense as to why we would be harming the place where we live, everyone thinks it isn’t a problem because they aren’t personally affected by it but at the rate we’re at right now we soon will be.

We are all responsible for carbon dioxide in our atmosphere not just the government or large factories. We all need to play our part if we want to keep our planet healthy. We need to be putting forth our very best effort to lower our greenhouse gas emissions whether it be recycling, planting trees, or driving cars that produce less Co2. Even if it is not the biggest deal to you it’s the little things that matter.