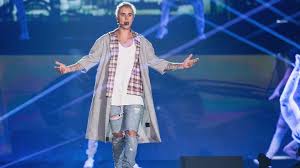 I’m sure you all know him and love him Justin Bieber. From the viewing of his YouTube cover videos till now. He has been a fan favorite for a while, and the fan base just keeps growing.

He has a lot going on for him right now, with the recent drop of his new singles, and to make it even better the announcement of his 2020 tour “Changes”. This is his first tour after his “Purpose” tour three years ago. Unfortunately for many fans that tour was cut short. He needed to go off and “be the man he needed to be”. He is back and better than ever now.

He has already released the dates for his “Changes” tour in North America. Which many have been bursting with excited about it. For the ones outside of North America the dates have not yet been said. He also has already released the lucky performers coming along with him. Kehlani and long time friend Jaden Smith. Both are featured in his recent single dropped on Tuesday called “Get me”.

His full album dropping is something closer to look forward to. Dropping on Valentine’s Day. This date is said to fit perfectly with the theme of his album. Valentine’s Day is also the day tickets go on sale. What a day for the “Beliebers”.

This is a lot to look forward to for Justin and all his supporter, we can’t wait to see all the fun and success to come out of these recent “Changes”.