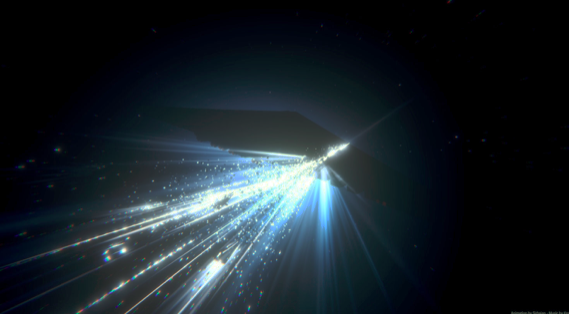 On December 20th, 2019, Star Wars: The Rise of Skywalker hit theaters. It is the ninth episode of the Skywalker saga and the conclusion that has been long in the making for over 40 years. Unfortunately for Disney, their new trilogy has not been very well received by fans. The Last Jedi, the second movie in the new trilogy, has a 43% fan approval rating according to Rotten Tomatoes. In comparison, The Empire Strikes back has a 97% approval rating.

The sequel trilogy attempts to introduce new characters such as Rey, Finn, Poe, and several others to create a new narrative fitting of modern times. While there is no inherent issue with this, the controversial choice on behalf of Lucasfilm to hire multiple directors and go through various re-shoots and revisions of the scripts, has naturally left this newest trilogy in shambles. The Force Awakens opens thirty years after the end of Return of the Jedi, the sixth film in the franchise and the final of the original trilogy.

Luke Skywalker is missing and from the ashes of the empire, a new order has arisen, called “the first order.” This film was executed rather well, introducing the new cast of characters which included Rey, Finn, Poe Dameron, Kylo Renn, and most notably, Supreme Leader Snoke. This film ended upon a cliffhanger leaving the audience with many questions to speculate over for the next two years until the release of The Last Jedi. Questions such as but not limited to what Rey’s true identity is and who Snoke is.

The real problem is with The Last Jedi, directed by Rian Johnson. Not only did this second installment to the new trilogy not answer any of the questions from The Force Awakens, but it also broke several of the preexisting laws set in place by Lucas in his original and prequel trilogy. A great example of this is the light speed crash scene, where Laura Dern’s character, Vice Admiral Holdo, beams herself through a bunch of ships. This is dubbed “The Holdo maneuver.” It retcons already established facts in the Star Wars canon that were literally established in the first film. Another issue is that Rey’s identity is anticlimactically shut down in a scene where Kylo Renn reveals her parents to be nobody, reinforcing the idea that she herself, a seemingly all powerful force user, is nobody.

The disaster that was this film lead to the next Star Wars film, Solo: A Star Wars Story absolutely flopping at the box office. In short, Solo’s budget was roughly $275 million; it only made about $393.2 million at the box office. It was Rian Johnson’s mistakes with The Last Jedi that lead to Solo’s failure.

The Rise of Skywalker, although getting better ratings than The last Jedi, was even more controversial in that it continued to make countless retcons. With JJ Abrams back at the wheel, several things from The Last Jedi were scrapped, such as Luke throwing his lightsaber, Snoke being an essential character, Rey being nobody, Luke being wasted, and so many more. Perhaps the biggest and worst decision made was the return of Emperor Palpatine. It not only undermined the arc of Anakin Skywalker/Darth Vader that was put in place by George Lucas, but his return wasn’t even explained in the film. The film resulted in all Skywalkers being killed off and having Rey at the end of the film deciding to take her name despite being told by Luke and Leia to never fear who she is.

The Star Wars fanbase is dangerously divided and the future of this great franchise is questionable in the hands of Disney. As far as most are concerned, this new trilogy was nothing more than a quick grab at people’s money. With future titles to be released such as the upcoming Obi Wan Kenobi TV show and future seasons of the Mandolorian, people can only hope that they will not fail as miserably as these new films have in the eyes of the fans.