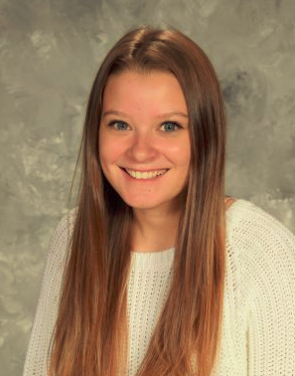 Sarah Whitkofski is a junior at Lakewood High School. She is a devoted member of Barnstormers and has been acting for eight years.

She says her favorite thing about theater is that she gets to play different characters. “It doesn’t matter what kind of mood I’m in or what’s going on in my life, I get to go on stage and forget all about it. I can tell someone else’s story.”

Sarah is currently in the musical Addams family. She is a part of the Ensemble, so she plays multiple characters. “It’s a lot different from the shows I typically do, but I am enjoying the opportunity to play a part I normally wouldn’t portray.”

Sarah says the thing that inspires her the most is the people she meets and the relationships that form throughout the rehearsals. “I love every character I’ve ever played and I love telling their stories. The more and more characters I get to play, the more people I get to know. It sounds funny, but every time I get a new role I make a new friend.”

Sarah hopes to someday be on Broadway and star in many plays. Even if this dream doesn’t come true, she still plans on pursuing acting as a hobby.