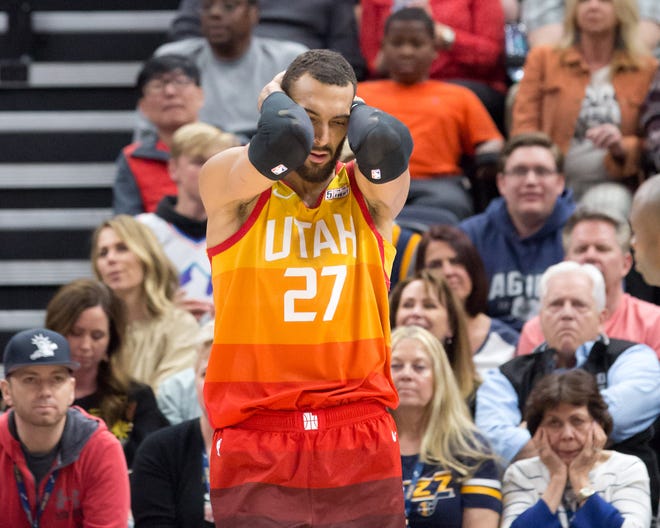 The 2019-2020 NBA season was suspended on 3/11/20 due to the coronavirus. The NBA made this hard decision because one player tested positive for the virus. The player who  tested positive is Utah Jazz Center, Rudy Gobert. The Frenchman joked about having the virus two days before he tested positive by touching all the reporters’ microphones.

A lot of fans think that the coronavirus is not worse than the flu; and they don’t understand why the NBA would suspend the entire season just because of the virus. I think that it’s good that the season got called off, not because I don’t like watching basketball, it’s just the fact that we don’t know much about the virus at the moment, and we shouldn’t put other NBA players at risk.

The NBA season had only about twenty games left anyways. I asked local Lakewood High School student, Ryan Sheppard, what he thinks about the NBA suspending the season. He said, “I’m actually kind of mad that they suspended the season. I mean, the Cavs were not having the best season, but it was still fun to watch. I heard that, as of now, the season is suspended for just the month, and after that the season could possibly continue. I don’t think that this is going to happen, but there is a chance.”

I don’t think that this year’s season is going to continue after just this month either. I’m pretty sure that the virus is still going to be around after the month, and it’s probably going to get worse.