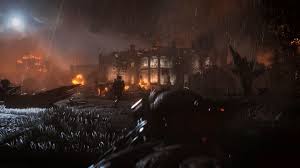 Of course, with game systems improving, this allows for the gameplay to be more improved as well. Call of Duty 4: Modern Warfare was released on November 5th, 2007 and was an amazing game for its time. However, as systems improved and gameplay improved – this version was remastered as of November 4th, 2016. This brought about better graphics, quicker loading times, and reinvigorated the multiplayer experience once again. After seeing the sales skyrocket with this new release, the gaming community thought about how many more games the Activision developers might remaster – one of which that was just recently announced – Call of Duty Modern Warfare 2.

Call of Duty Modern Warfare 2 was iconic for the Call of Duty franchise, and was labeled as one of, if not the best, Call of Duty version ever released. With this new release, Call of Duty sales are sure to skyrocket once again with the full release coming available on April 30th, 2020. Much to the annoyance of XBox and PC fans, Playstation users get to have a first look with it already being offered as an early exclusive. Call of Duty has always been one of the most loved series in gaming history, and will continue to relive its past with more amazing stories to tell.